The TPJ Fly Racing team travelled to Mechanicsville, MD to compete at the second to last round of the Lucas Oil Pro Motocross series at Budd’s Creek.

With several riders being out to recover from injuries, the TPJ Fly Racing team focused on its rookie rider, Logan France, and John Short – who’s been on a hot streak.

After the torrential downpour at Unadilla, the TPJ Crew was looking forward to sunny skies in Maryland.

In timed qualifying, France was turning lap times in the top five of the 450 B Group, but narrowly missed the main event after times were combined. John Short qualified directly for the main event with a 30th overall.

In between motos, the team took refuge from the overbearing heat in our ice bath – made by the one and only Ted Parks. 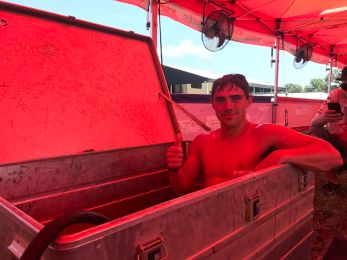 France lined up for the LCQ in hopes of qualifying for his second main event of the season, but a 13th place finish kept him on the outskirts.

Short would go on to gate with the fastest riders in the world in the 450 main event. Short struggled to gain ground in the first moto, but came out swinging in the second moto – going 19-15 for 18th overall. 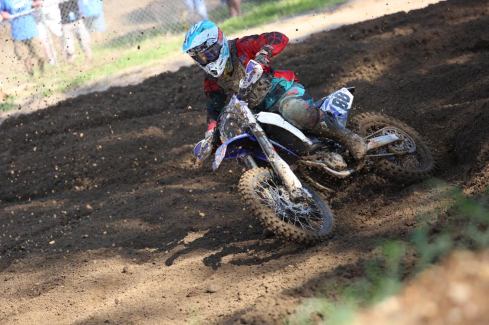 With one final round on the horizon, the TPJ Fly Racing team is focused on the Ironman National. Although several of our athletes are out for injury, we will be there in support of a small team of TPJ athletes.